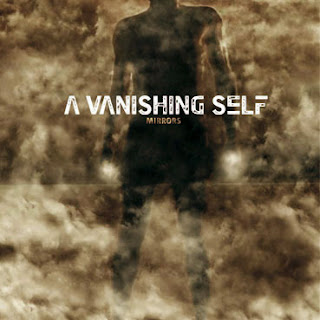 A Vanishing Self
Mirrors
2011
-
Sometimes, there’s just really nothing you can do to deter a band. A Vanishing Self makes a big statement by proudly declaring the primary musical influences are Korn and Nirvana. I feel like I could end this review here, and leave you all shaking your heads, wondering why a band could possibly be proud of that, but I feel like that would rob me of some level of enjoyment in piecing apart this 5 song EP that was so very painful to sit through. As far as terrible ideas go, A Vanishing Self has a wealth of stinkers, every vocal style I hate about the early 90s, and every reason that grunge died a horrific and deserved death. While it may be my job as a critic to look at this album objective of my feelings on a genre, there comes a point when you have to just put your hand up and say “No, please no more”.
Now would be a good time to add the disclaimer that if the last 15 years of musical development has left you angry and bitter, and all you really want is that good ol' grunge music, then by all means, the EP is free, but since those people are few and far between, onward for the rest of us.
The worst offense on the Mirrors EP are the attempts to be heavy. While a style like this might be passable in a sort of internal, self contained, controlled sort of approach, A Vanishing Self tries to be “Dark” in the worst possible way, by completely and utterly failing to be heavy. They have all the emotional depth of a 14 year old screaming at the facist idea of a curfew, and I say that not because I bothered to look up the lyrics, but that's what it sounds like is really going on. Out of a misguided sense of professionalism, I did force myself through this EP twice, and all I could muster and the end was “Please make it stop, make it go away”. There is no real vocal ability on display, screaming seems to be the answer for everything, including covering glaring musical weakness.
Adding to my extreme disappointment with this record is that it doesn't even provide a spectacular display of awfulness. Sometimes, I'll come across a musical equivalent of Howard the Duck, that's so spectacularly awful it provides a sort of cult entertainment, but this EP is of no such caliber, it's just bad.
This is the type of stuff I expect from last minute entries to a high school battle of the bands, and come to think of it, it’s entirely possible that that’s what this is. I dunno about you, but my high school’s battle of the bands is the last place I ever remember sounding like Nirvana on purpose.
___